Towards the end of the nineteenth century, European artists began to express a new and profound interest in their unique local pasts and cultural inheritances. This was a discourse that was largely shaped by the desire within several countries for cultural and artistic, and ultimately social and economic, independence. Historical scholarship on the subject has been broadly established in many European countries, but research has been dominated by nationalist perspectives that have emphasised the cultural specificity of each country. The European Revivals research project (initiated by the Finnish National Gallery in 2009) aims to stimulate debate on a wider scale. From this perspective, late nineteenth-century cultural revivals appear as a set of complex and interconnected phenomena that are transnational, inherently modern, and with far-reaching consequences.

The topic of the 2017 conference is Cultural Mythologies around 1900. Its aim is to examine issues such as authenticity, ‘rewriting’ and reinterpretation in relation to the production and assimilation of national styles, symbols and cultural narratives in late nineteenth century European art and literature. The conference will draw attention to the constructed and imaginary nature of national identities and the role of various mythical traditions and ‘reinventions’ within this context. Papers are invited that examine this European-wide phenomenon in relation to one of the following three themes:

Reinvention and ‘authenticity’
In the late nineteenth century Europe artists and designers frequently drew inspiration from mythical history, legend and vernacular traditions; they were also inspired by the forms and mysterious symbols of ancient ‘national’ art or recent archaeological ‘finds’. As artists adapted the narratives and symbols of the past to their own aesthetic, political or nationalist agendas, the original meaning was often lost and the concept of authenticity and originality became a key issue. This session takes a critical perspective on the topic, examining the reinvention and reconstruction of our mythical past.

Rewriting and reinterpretation
This session examines the impact of the national revival through the translation and rewriting of ancient myths and legends. The nineteenth-century saw the revival of ancient sagas such as the Poetry of Ossian, the Kalevala, or the mythical and heroic narratives of the Poetic Edda, while gifted female scholars such as Lady Guest and Lady Augusta Gregory translated the Welsh and Irish legends. This session examines the way in which the myths and legends of the past were rewritten and reinterpreted by European writers and artists, often guided by different national, political and ideological agendas.

Spiritualism and secret societies
Spiritualism and esoteric traditions had a significant place in the European cultural arena around the year 1900. This subject has become an increasingly central topic of research in recent years, but its relationship with national revivals has not been fully examined. Yet, it is well known that these two phenomena were often deeply interconnected. For instance, Celtic mysticism had direct links with spiritualism, theosophy and other occult movements, as did the mystical interpretations of the Kalevala that were popular among Finnish artists, writers, and musicians.

The Conference End Games and Emotions focuses on the affective aspects of literature and arts sensitive to the threats and fears of modernity, like the ideas that “all that it solid melts down”, that the modern culture and modern man is decaying, or that the whole existence of human life may be threatened by different aspects of modernization process. We ask how moods and emotions are depicted and evoked and emotion effects produced by the literature and art of what we call the long twentieth century. With this notion we understand broadly the period beginning with the nineteenth-century naturalism and decadence, encompassing the twentieth-century developments of a variety of modernisms, and reverberating into the contemporary literary and artistic or musical scenery. Focus on the dystopic and decadent, on fears rather than hopes concerning modernity, gives a precedence to negative emotions and dismal moods but also invites considerations of the ambiguity of emotions, oxymoronic expressions like the entanglement of pleasure and “ugly” feelings, and the positive functions of evoking negative affects. We ask how the aesthetic feelings relate to depicted and evoked horrors or misery, how ecstasies alternate with depression and melancholy, and what are the critical and ideological stakes of evoking emotions and affecting audiences. All in all, the multiple functions of emotion effects as well as the variety of ways in which artworks affect audiences are a central field of discussion which we hope to open by the conference.

Conference is supported by the Under and Tuglas Literature Centre of Estonian Academy of Sciences Astra project.

END_OF_DOCUMENT_TOKEN_TO_BE_REPLACED

Organized by the Faculty of Arts and Humanities, Coventry University; the Amsterdam School for Heritage, Memory and Material Culture, in collaboration with the Rijksmuseum, Amsterdam; the Ateneum Art Museum / Finnish National Gallery, Helsinki, and Radboud University, Nijmegen 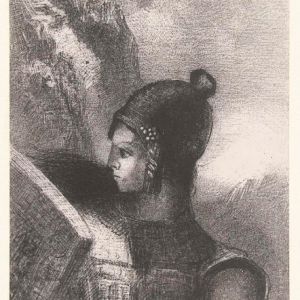 END_OF_DOCUMENT_TOKEN_TO_BE_REPLACED

Although the Baltic Sea has been one of the world’s greatest cultural crossroads, scholars often have overlooked cultural exchange in favor of exploring national and regional identities. Since the 1990s, the concept of a Baltic Sea Region encompassing the sea and its surrounding land has fostered transnational thinking about the region, transcending Cold War binaries of ‘East’ and ‘West’ in an effort to view the area more holistically. Still, common terminology such as ‘Scandinavia’ and ‘the Baltic States’, suggests these cultures are mutually exclusive, or, as the case with ‘Central and Eastern Europe’, ambiguously monolithic.

While historians have been examining the Baltic Sea Region — present-day Denmark, Estonia, Finland, Germany, Latvia, Lithuania, Poland, Russia, and Sweden — as an important center of cross-cultural interaction, the area’s visual and material culture, one of the most important avenues of exchange, is often reduced to illustrative examples of historical phenomena. Art historical narratives continue to be tethered to national and ethnocentric approaches, a bias this conference seeks to complicate.

This project (two conferences – in Greifswald and Tallinn – and an anticipated edited volume) emerges from these twin desires: to study the Baltic Sea Region as a cultural crossroads, and to depart from isolated, national/regional narratives. By foregrounding visual and material exchanges and the ideological or pragmatic factors that motivated them, we seek to establish common ground for viewing the Baltic Sea as a nexus of intertwined, fluctuating individuals and cultures always in conversation. We invite papers that engage material/visual culture as conceptual lenses through which to reevaluate the history, meaning, and significance of the Baltic Sea Region.

Proposals for this conference must include (in English):

a) an abstract of maximum 150 words summarizing your argument;
b) academic resume; and
c) full contact information including e-mail.

Papers will be 20 minutes in length and will be followed by discussion. The language of the conference is English.

Contributions should be sent to Michelle Facos (mfacos@indiana.edu) and Bart Pushaw (bcpushaw@gmail.com) by 15 December 2016. Notification of acceptance will be by 15 January. This conference will be co-sponsored by the Baltic Borderlands Program of Greifswald University and the Alfried Krupp Wissenschaftskolleg, Greifswald.

Abstract deadline 9 November 2015
The north is an elusive and ambivalent concept with both negative and positive associations. Mythical notions of the north have existed in European culture since antiquity, fuelled at various times by archaeological discoveries and cultural revivals. Romanticism brought on a veritable ‘cult of the north’, which gained in strength throughout the 19th century, riding on the back of the nationalist wave that swept across Europe at the fin-de-siècle. Northernness is not a simple concept; while the Nordic people were associated with purity, originality and subjectivity, the Celts were regarded as creative and noble, yet feckless and irrational. Nevertheless, partly through the impact of Wagner’s operas and Macpherson’s Ossian, by the end of the 19th century, northern artists were elevated to a prominent position on the international stage. There was even a popular belief that it was now Scandinavia’s turn to lead the intellectual advance of humanity. This notion was supported by the theosophical formulation that it was time for the ‘northern race’ to take over. END_OF_DOCUMENT_TOKEN_TO_BE_REPLACED

The three major topics that this conference seeks to address include:

– philosophical and theoretical writings and ideas that underpinned the return to nature ca. 1900;

– the rise of artists’ colonies and communities in the countryside in search of alternative ways of living;

– natural motifs, patterns and inspirations in decorative and applied arts, architecture and interior design as well as in painting and sculpture of the time.

The conference will take place in Krakow with a one-day study visit to Zakopane to visit the collections of the Tatra Museum and the artistic houses there.

The conference fee is 55 EURO, in which a trip to Zakopane is included. Participants are required to organize and cover the costs of their travelling and accomodation. Students can register free of charge for a conference, but will be charged 15 EURO for a study-visit to Zakopane.

Abstracts of 20 minute papers should be sent to returntonature@muzeumtatrzanskie.pl by 30 June. END_OF_DOCUMENT_TOKEN_TO_BE_REPLACED

The Seventh Annual Conference of the Network of the Nineteenth Century Studies in Finland.

Papers can be delivered in Finnish, Swedish or English

We invite scholars across humanities and social sciences interested in exploring real and imaginery spaces and borders as well as transitions and movements across them in the long nineteenth century. The period in question, and its latter half especially, was a time when boundaries and norms were established and stabilized. It was also an era when social, cultural and political roles and conventions were challenged and borders, both concrete and abstract ones, were tested and tried. Nation-building and modernization – which were at least partly simultaneous processes – created new arenas for collective participation and action and new ways of transgressing borders between societies and communities. END_OF_DOCUMENT_TOKEN_TO_BE_REPLACED

Please note:
The abstract submission deadline has been postponed until May 12.

Initiated by the Ateneum Art Museum (The Finnish National Gallery), and established in 2009, the ‘European Revivals’ research network aims to reflect upon national revivals in European art around 1900. This will be the third in a series of conferences that focus on this topic. The first two were held in Helsinki (Ateneum) in 2009 and 2012. A fourth conference will take place in Edinburgh in 2017. The European Revivals project will culminate in a publication and an exhibition, generated by the Ateneum Art Museum, and opening in Helsinki in autumn 2017.
This particular conference is a three-way initiative by The National Museum (Oslo), the Ateneum Art Museum (Helsinki) and the Scottish National Gallery (Edinburgh) and will run from 22–24 October 2014 in Oslo. The event is intended as a meeting point for both museums and university scholars. There will be three keynote speakers, each speaking on one of the three main themes of the conference. A detailed program of the conference will be announced by the end of June. There will be a moderate conference fee. END_OF_DOCUMENT_TOKEN_TO_BE_REPLACED